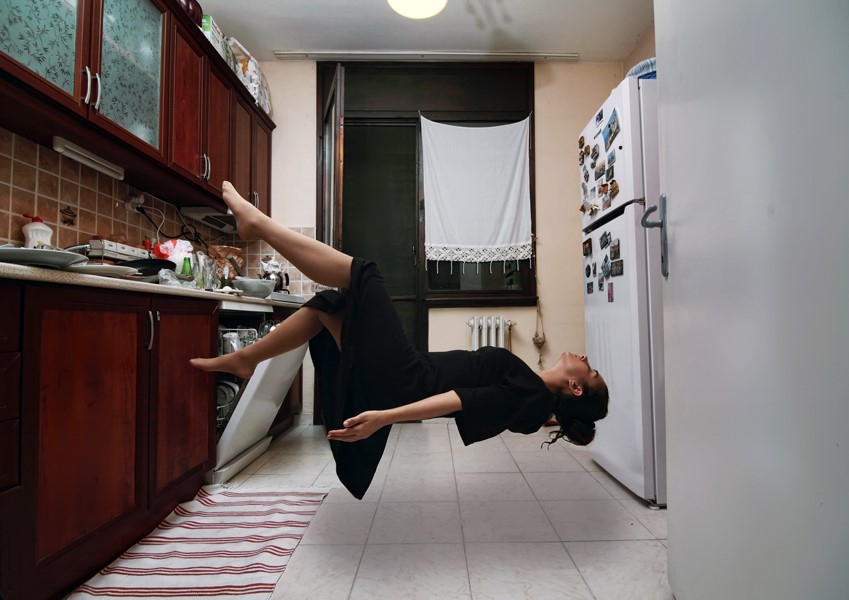 Following in the light of the identity politics, family can be seen as a normalization institution overall the personal differences like sexual orientation. Family as matter of a fact can be defined as an institution which the gender roles are shaped. Emergence of the private property, capitalism and nation state and the family -as a small scale model of the nation state- should be considered together. In the structure of the family all the members have defined roles. In the patriarchal families its national values are conducted with the nation state of mind. As work such as Susan Bordo’s indicates, “disciplinary power at work in the maintenance of the strict division of the sexes and its proper embodiment by boys and girls functions on the principle of internalization of the standards, rules, and norms associated with it.” These notions directed me to create autoethnographic self-portraits in certain places at home where gender roles were defined in my family.